Previous research has revealed that symptoms of major depressive disorder are relieved in individuals with psilocybin psychedelic treatment for as much as a month.

A follow-up study of those individuals now shows that psilocybin-assisted treatment together with supportive psychotherapy could produce antidepressant effects that last a minimum of a year for some individuals.1✅ JOURNAL REFERENCE DOI: 10.1177/02698811211073759

The study results add to the existing evidence that, under carefully managed conditions, this is a potential therapeutic approach that can produce substantial and long-lasting improvements in depression.

The researchers however caution that individuals shouldn’t consider trying it on their own as the results seen are in a research environment and require a great deal of preparing and organized support from qualified practitioners.

There’s been a growing revival of research over the last 20 years with classic psychedelics, the pharmacological class of compounds that include psilocybin, a component found in magic mushrooms that can produce perceptual changes that alter awareness of an individual’s surroundings and their feelings and thoughts.

Psilocybin treatment has shown promise in research environments for the treatment of addiction and various mental health disorders.

27 individuals with an average age of 40 who had a long-term depression history were recruited for this study, the majority of whom had been suffering from symptoms of depression for about 2 years before joining the study.

About 88% of them had been given standard antidepressant medications previously, and 58% reported making use of antidepressants in their current episodes of depression.

The individuals were randomly allocated into 1 of 2 groups in which they either received the intervention straight away or after a waiting period of 8 weeks. They were all provided with 6 to 8 hours of preparatory meetings at the time of treatment with 2 treatment facilitators.

The psilocybin treatment in both groups produced large reductions in symptoms of depression, and the severity of depression stayed low 1, 3, 6, and 12 months following treatment.

Overall treatment scores reduced for most individuals from 22.8 at pretreatment to 8.7 at 1 week, 8.9 at 4 weeks, 9.3 at 3 months, 7 at 6 months, and 7.7 at 1 year after treatment. They had stable response rates to the treatment and symptom remission over the follow-up period, with 75% response and 58% remission at 1 year.

Not only does psilocybin produce immediate and significant effects, it has a long duration as well, which indicates that it could be a useful and unique new depression treatment. Psilocybin has the potential to enduringly relieve depression symptoms with 1 or 2 treatments in comparison to standard antidepressants, which need to be taken for long periods. 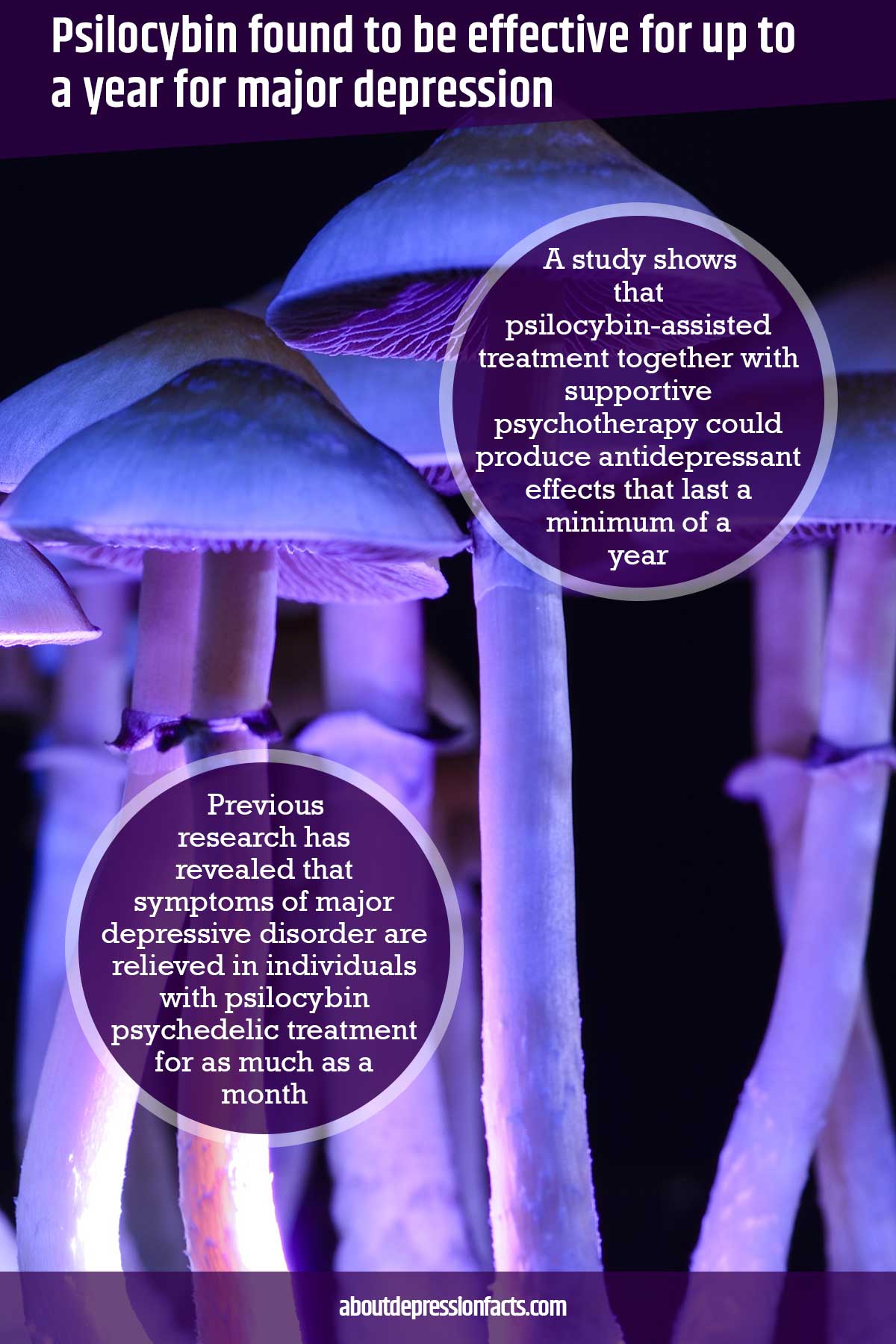 Image by Michael M from Pixabay 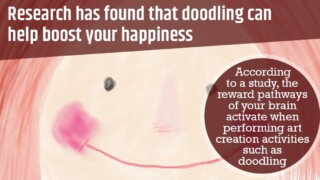