Lots of previous studies on how exercise affects mental health have generally made use of very broad measures of wellbeing. The researchers were specifically interested in how one session of acute exercise in a day influences primary depression symptoms.

For the 1st study, 30 individuals were recruited who were suffering from major depressive episodes. Electronic surveys were completed by the individuals immediately before 30 minutes of either sitting or moderate-intensity cycling, as well as half-way-through and after the 30-minute session, and then 25 minutes after working out, and again at 50 and 75 minutes. A week later, those individuals who cycled the first time returned for a 30-minute session of sitting, and those individuals who had 30 minutes of sitting the first time returned for the cycling.

Each survey consisted of standard scales and questions made use of for measuring depression symptoms and some cognitive tasks, such as the Stroop test where individuals had to respond to the color of a certain font instead of the word itself, like when they indicated red after seeing the word ‘blue’ in red ink.

The survey data was then used for tracking any changes in 3 major depression characteristics: a depressed mood state such as gloomy, discouraged, or sad; anhedonia which would be difficulty experiencing pleasure derived from activities that had been enjoyed before; and reduced cognitive function such as difficulty thinking or juggling multiple bits of information at once.

With regards to cognitive function, individuals who had cycled were faster mid-exercise on the Stroop test although relatively slower at 25 minutes and 50 minutes after exercising in comparison to individuals in the resting group.

The researchers then carried out a different study to determine if the short-term benefits that take place with exercise synergize with the therapy’s long-term benefits to deliver a more effective treatment.

Every week for 8 weeks, 5 of the 10 individuals participated for 30 minutes on their own in exercise such as cycling, jogging, or walking at a pace they regarded as moderate intensity, which was also confirmed with Fitbit data, before participating in an hour of cognitive behavior therapy. The other individuals just carried on with their day-to-day activities before participating in their therapy sessions.

Individuals in both groups showed improvements at the conclusion of the 8-week intervention program, but individuals who exercised before speaking with a therapist had more noticeable reductions in depression symptoms.

This indicates that the benefits of therapy could be amplified with exercise for individuals with depression. Individuals who exercised prior to the cognitive behavior therapy experienced a stronger and quicker relationship with their therapists in the pilot study. According to the researchers, the results indicate that exercise could be priming the brain to engage with the more emotionally challenging experience that can take place during therapy. 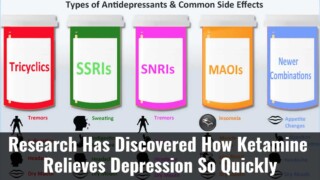 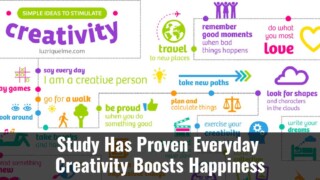 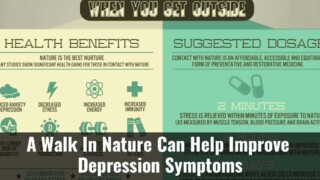