According to a study, the reward pathways of your brain activate when performing art creation activities such as doodling.[1]

Researchers made use of fNIRS (functional near-infrared spectroscopy) technology for measuring blood flow in the regions of the brain associated with rewards while individuals who participated in the study completed various art creation projects.

This demonstrates that independent of the final outcome, there could be inherent pleasure in performing art activities. We often tend to be quite critical of our performance because we have an internalized judgment of what is good art or bad art and, thus, who’s skilled or not skilled. We may be missing out on a simple potential reward source perceived by the brain.

fNIRS headbands were worn by 26 participants for the study while 3 different art activities were completed, each with rest intervals between. Each for 3 minutes, they doodled around or within a circle drawn on paper, colored in a mandala, and had a session of free-style drawing.

The researchers measured an increase in blood flow in the brain’s prefrontal cortex during all 3 activities, in comparison with rest times where blood flow decreased to normal rates.

The data collected from the study showed some differences between the activities performed. Doodling produced the highest average increase of blood flow in the reward pathway in comparison with free-drawing and coloring. But the differences between each activity wasn’t statistically significant.

It was observed and monitored which study participants considered themselves artists so that a comparison of their results could be made with the results of non-artists. This allowed the researchers to understand if past experience played a part in triggering feelings associated with reward.

Doodling appeared to initiate the most brain activity in artists, but free-style drawing was observed to be comparable for artists and non-artists. Negative brain activity was generated from the coloring activity in participants who considered themselves artists. The limited media choice and the shapes that were pre-drawn probably made them feel constrained.

The artist versus non-artist results were however also not statistically significant, which is in line with previous research which revealed that experience-level didn’t influence the stress reducing benefits individuals had while creating art.

The discovery that any kind of art creation resulted in the significant activation of reward feelings are interesting, particularly for art therapists who see art as a beneficial mental health tool.

Post activity surveys indicated that participants had more “good ideas” and were able to “solve problems” better than before the art creating activities. They even noted they felt the 3-minute time intervals for art-making weren’t of sufficient duration. 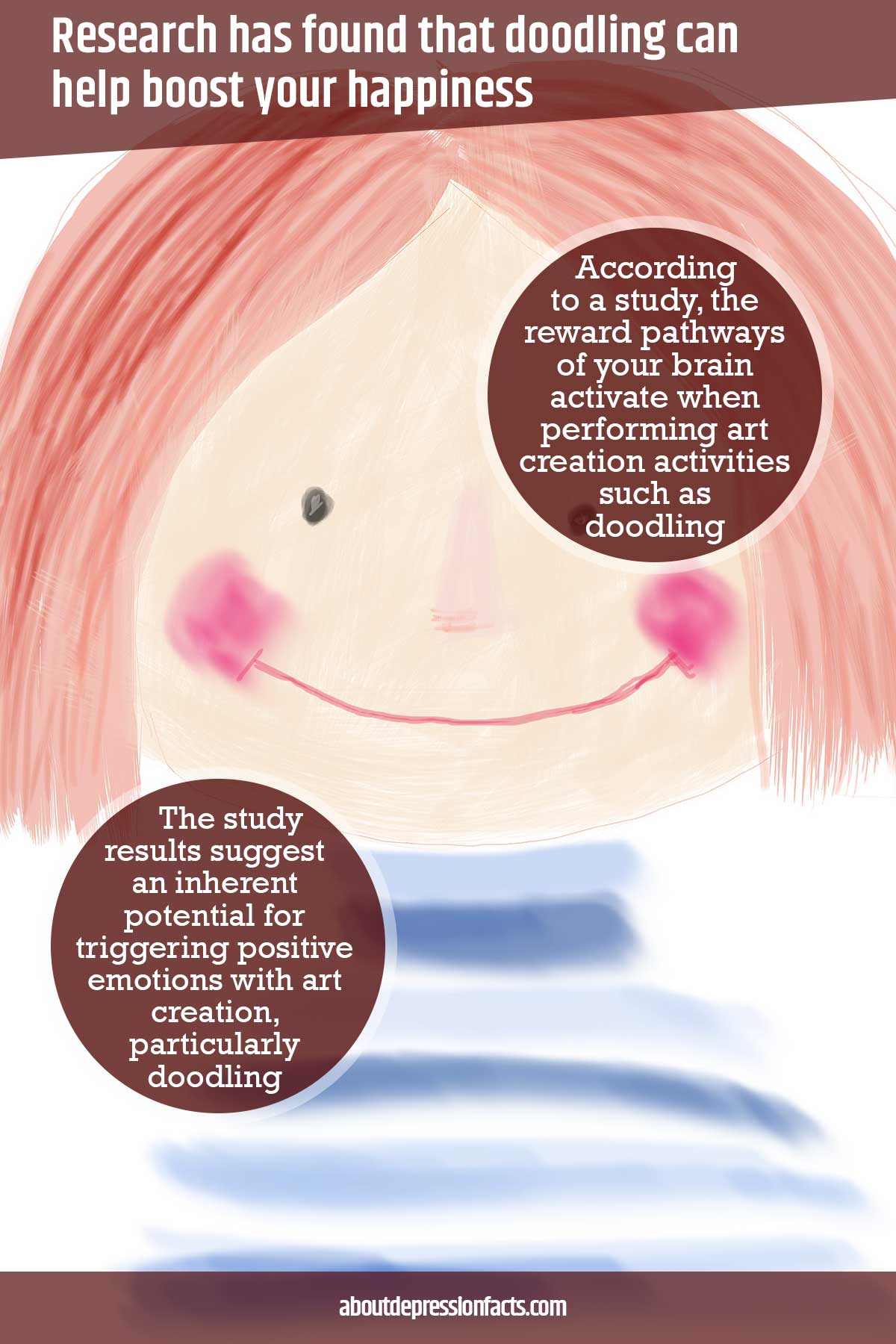 Image by chun li from Pixabay