When a standard treatment for depression was combined with tai chi for a group of older people with depression, researchers found better improvement in depression level, as well as more overall energy, better cognition and memory, and improved quality of life, in comparison to another group in which the standard treatment for depression was combined with a class in health education.1✅ JOURNAL REFERENCE
DOI: 10.1097/JGP.0b013e31820ee9ef

About 60% of older individuals who seek depression treatment don’t get relief with a prescription medication. Depression can result in serious consequences, which includes greater morbidity, disability, mortality and increased cost of care.

This study demonstrates that incorporating a mind-body exercise such as tai chi which is readily available in the community could improve the results of depression treatment in older individuals, who might also have additional co-existing conditions, or cognitive impairment.

For the research, 112 individuals aged 60 years or older having major depression were given the escitalopram antidepressant, a standard treatment for depression, for about a month. From those 112 individuals, 73 who experienced only partial symptom improvements carried on receiving the depression treatment on a daily basis but were in addition randomly allocated to 10 weeks of either a class in health education for 2 hours each week or a tai chi class for 2 hours each week.

All the individuals were assessed for depression levels, resilience, anxiety, cognition, immune system inflammation and quality of life related to health at the start of the research and again 4 months afterwards.

Depression level for each individual was evaluated by making use of the diagnostic questionnaire called the Hamilton Depression Rating Scale. The questions are formulated to determine the depression intensity. A cut-off score of 10/11 is usually considered to be appropriate for diagnosing depression.

Although both groups exhibited improvement in the severity of depression, larger reductions were seen in individuals taking escitalopram as well as practicing tai chi, a kind of exercise that’s gentle enough for older people. 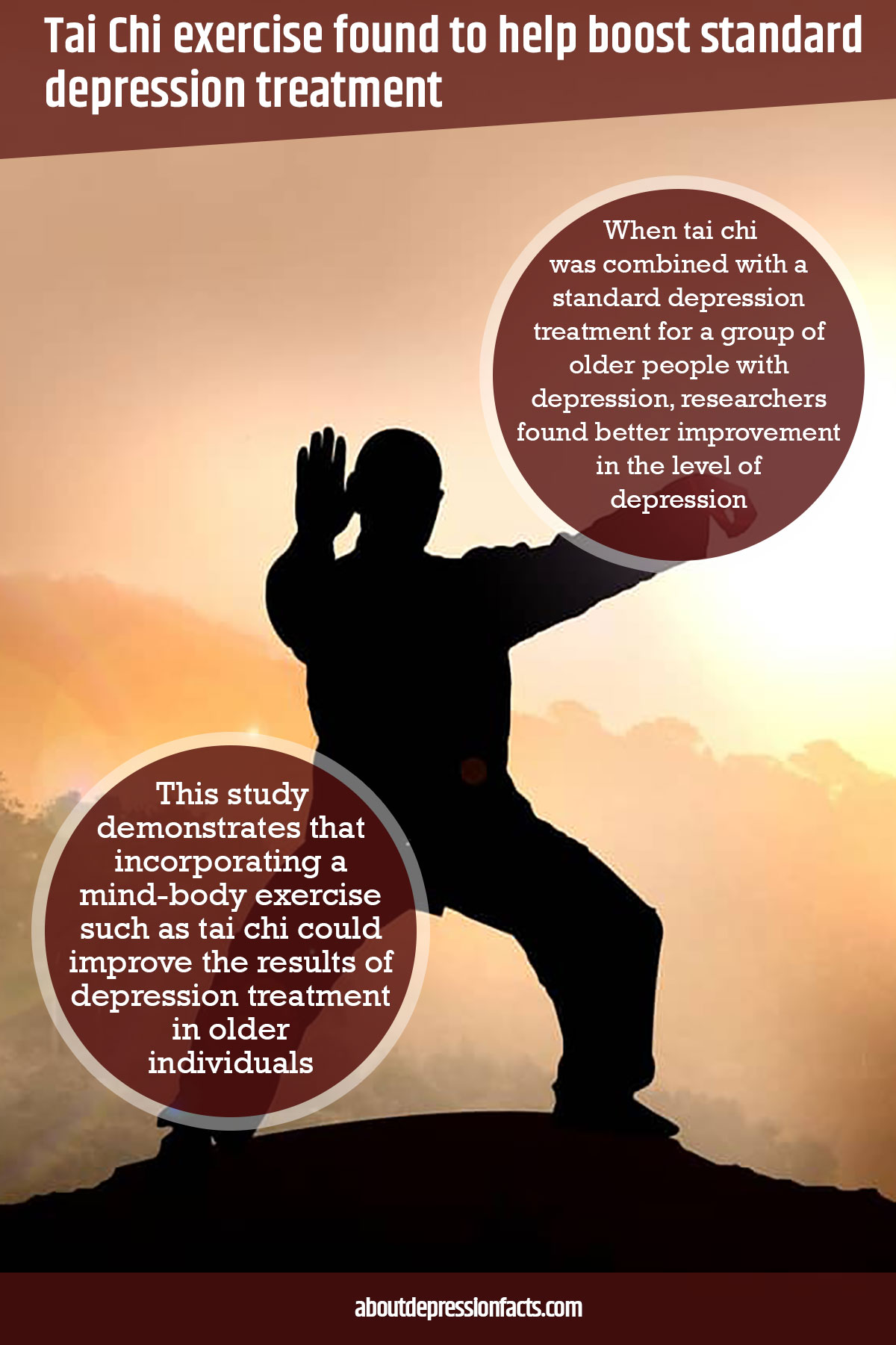